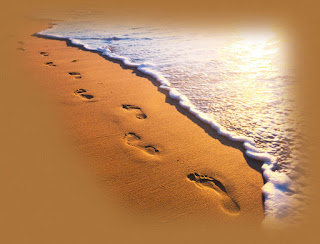 Another year has come and gone and here we are...December 19th...again. Had he lived, my Nathan would have been 33 today, but he didn't live...and, because, he didn't live...in my heart and mind...he will forever be that beautiful, tiny, yet-perfectly-formed-on-the-outside, baby boy...the one with the teeniest-tiniest fingernails and the teeniest-tiniest toenails and the teeniest-tiniest every other body part that I have ever seen...the one that had more hair on his head when he was born than all my other babies had during their first year combined...the precious son that came into my life for, oh...so brief a time, on that cold December night so long ago.

As I have done over the past several years I will share that story with you again, but, as I do, I am thinking of another momma...one who has endured great sadness over the course of this past year. Last December about this time she lost a son...her youngest...and she didn't even get to attend his funeral due to the fact that she was laying in a hospital bed recovering from heart surgery. A few short months later that same momma lost her only daughter. Only one of her three children remains with her now and my heart goes out to her and her family...and to other aching mommas...and daddies, too.

A year ago I met a man who had lost his 37-year-old daughter just before Thanksgiving. He said, "You can bury your parents and your grandparents, your aunts and uncles, but no parent should ever have to bury their child" and he cried. I so wanted to speak to him again, but the opportunity never presented itself, so, tonight, I lift him and his wife up in my thoughts and prayers as they've just hit that first year anniversary mark and it's got to be hard.

I've shared this story before...four times in fact...but, tonight, I share it again in hopes that it will minister to someone, somewhere...even if in just some small way...

It was 33 years ago at this very time (December 19th at 12:04 a.m.) that Nathan Andrew was born. Something had been wrong for a very long time. I had been bleeding off and on since my second month of pregnancy...at times very heavily.

On the 18th of December I was out Christmas shopping with my mom, my aunt, my 1 1/2-year-old daughter, and my three little cousins. All of a sudden I went into labor. My aunt took my daughter home with her and her children, and my mother rushed me to the hospital. Next thing I knew I was being strapped to a gurney and was being shipped by ambulance to a bigger hospital...one that was attached by a walkway to Children's Mercy Hospital in Kansas City.

Even though I had been given a lot of medication and was pretty much out of it, I could hear the doctors and nurses talking.  If they didn't get me to the other, better-equipped hospital soon, they were going to lose me AND the baby. It was one of the most frightening experiences that I have ever had. All I could think about was what would happen to my little daughter at home if I died.

I arrived at the other hospital in record time and was immediately surrounded by all sorts of doctors and nurses. I was plugged into every kind of equipment they had, which wasn't nearly as good as what they have now, but, at the time, it was state-of-the-art. Immediately, the head doctor wanted to know who my doctor was and how long I had been bleeding. She said that the placenta had torn away from the uterus wall and that this baby should have been "taken" months ago.

What was she talking about??? I would never have allowed my baby to be "taken!"

Long story short...27 hours of intense labor later (I had been given every kind of pain medicine imaginable, but nothing seemed to help) and Nathan Andrew was born...in the hallway...on the way to delivery. He was immediately rushed across the walkway to Children's Mercy Hospital and I was taken on into delivery where a D & C was performed. A few hours later the doctor came into my room with a nurse who was carrying my dead baby. Nathan had fought hard and had lived for two hours, but his lungs were just too underdeveloped. Now days they probably could have saved him, but, back then...there was nothing they could do. There was just nothing that they could do. :'(

Not having money for a funeral left me with few choices. I would not be allowed to leave the hospital without signing papers for Nathan's body to, either, be donated to scientific research, or be cremated in the hospital crematory. Not wanting to do either I chose what, I felt like at the time, was the lesser of the two evils...the hospital crematory. To this day I have regretted that decision, but, at that point, I didn't know what else to do under the circumstances. It still hurts me beyond anything that I could ever express and there's never been any real place to mourn Nathan's loss. (In recent years I have chosen the Precious Moments Chapel in Carthage, Missouri as my place to remember him.) I came home on Christmas Eve with two very blurry pictures taken by a nurse with a Poloroid camera, a set of tiny footprints on a piece of paper, and a poem that the hospital chaplain had given to me.

Until just recently I had never written about all this, but, in years of late, I have felt a need to do so. Perhaps there is someone else out there who has been through a similar experience...someone who needs a word of encouragement. Even through all that I went through was, and still is, very sad...there are two things that have ministered to me over the years since Nathan's death...

#1 - The poem that the chaplain shared with me. It was entitled FOOTPRINTS IN THE SAND. I had never read it until the night that she gave it to me there in the hospital and, to this day, it it is still very special to me.

#2 - There is a verse of scripture that the Lord gave to me many, many years later, and it is still the verse that comes to mind whenever I think of Nathan. The verse is found in Psalm 30...verse 5...and it says, "...weeping may endure for a night, but joy cometh in the morning." I know beyond the shadow of any doubt that Nathan is with Jesus and that some sweet day I will see him again! Not as a premature baby, but a the spirit man that God created him to be!

And, if you've suffered the loss of a child...whether it be due to miscarriage, premature birth, at birth, or in infancy...know that, if you are a born-again, Bible-believing, follower of Christ, and child of God, then you, too, will see that precious child again and be reunited with them in days to come because that child is with Jesus right now!

As you remember that trial that you've been through...perhaps you're asking (or have asked), "Why God? Where were You when I was going through all that? Why weren't you there for me?" I leave you now with that beautiful poem that was shared with me by that wonderful, old chaplain at Children's Mercy Hospital in Kansas City, Missouri on December 19th, 1982...


FOOTPRINTS IN THE SAND

One night a man had a dream. He dreamed he was walking along the beach with the LORD.

Across the sky flashed scenes from his life. For each scene he noticed two sets of footprints in the sand. One belonging to him and the other to the LORD.

When the last scene of his life flashed before him, he looked back at the footprints in the sand. He noticed that many times along the path of his life there were only one set of footprints. He also noticed that it happened at the very lowest and saddest times of his life.

This really bothered him and he questioned the LORD about it. LORD, You said that once I decided to follow You, You'd walk with me all the way. But I have noticed that during the most troublesome times in my life there is only one set of footprints. I don't understand why when I needed You the most You would leave me.

The LORD replied, My precious, preciou child, I love you and I would never leave you! During the times of trial and suffering when you see only one set of footprints, it was then that I carried you.

Email ThisBlogThis!Share to TwitterShare to FacebookShare to Pinterest
Labels: grief, mourning the loss of a child