I will soon be celebrating my third year anniversary as a naturalist at Prairie State Park in southwest Missouri. I didn't start off as a naturalist there, but have been in that position now for the past two years.

One of the things that I do as a naturalist at Prairie State Park is to teach children and adults about life on the tallgrass prairie. With spring, comes school groups...lots and lots of school groups...public, private, homeschool, and preschool.

Here are a few of the classes that I have taught, or took part in teaching during the month of April at Prairie State Park...


We had several public school groups visit in April. Every one of them had their own dynamic. The teachers and children were a lot of fun to be with and we shared some great learning moments together. 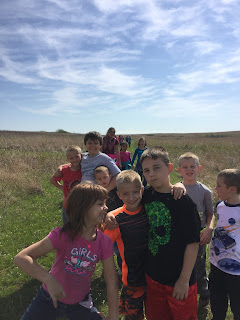 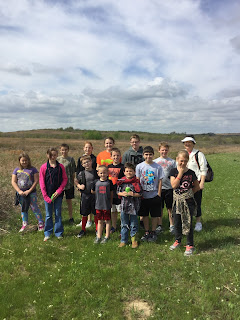 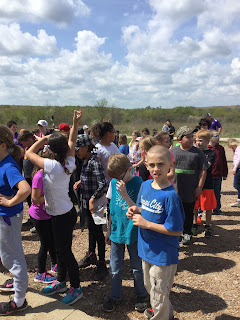 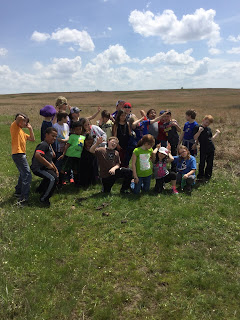 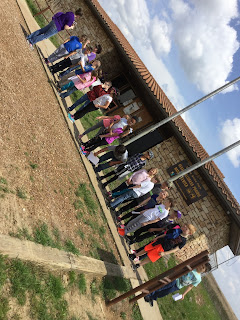 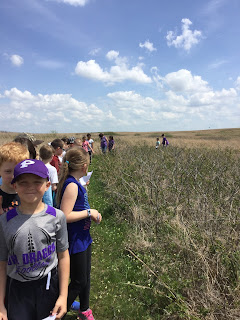 Our preschool program in April was about life cycles. We talked about many animals, but our focus was on the life cycle of the monarch butterfly.

With the help of myself, parents, and siblings, and using a variety of craft materials, each preschooler created their very own butterfly life cycle wheel.

The theme for April's homeschool class was nature photography. For this one, I sought the help of someone a little more knowledgeable on the subject than myself. Homeschool graduate and our youngest son, James Anthony! He came as our guest speaker and taught the class the basics of photography. I sat in on this class as a class participant!
After class we got to go out and practice some of what we learned. It was a  very wet and rainy day, so we couldn't go outside. This is my attempt at a panoramic shot in the auditorium.

Here's a crazy shot that I took of one of the stuffed bison in the nature center. I think he looks rather handsome...don't you?
James answered lots of questions and guided each of us in use of our own personal and specific devices. Some of us had digital cameras, others had an Ipod, Ipad, or a phone. I don't know that any two of us had the same type of device, but James was pretty knowledgeable in the workings of every one of them.
The diorama made a great place to search out tiny plant and animal life and capture them in photos.

After being involved at Prairie State Park for over 20 years, and working there for three, it was like I was seeing some of this stuff for the first time. Here is a coyote that is in the mural on the wall.


And here is a meadowlark that is in the same mural. I mean...I've seen this stuff before...but I had never really looked at it until this class. It was awesome!

This was a great bunch of children from a private school. We had a lot of fun together and I so enjoyed having them! They were a real joy to work with!


And, last, but not least, nature bingo! Playing nature bingo is a monthly occurrence at Prairie State Park. It's a fun game that teaches children and adults alike about many of Missouri's unique plant and animal life and, the best part is, everyone wins a prize!


Well, that concludes my three part series on happenings in my life in April. I hope you enjoyed getting a glimpse into my life as much as I enjoyed sitting down and sharing it with you. I hope to visit with you again soon.

Email ThisBlogThis!Share to TwitterShare to FacebookShare to Pinterest
Labels: life on the tall-grass prairie, nature, spring