This, That, And The Other

Today has been one of those days that are kind of relaxing, enabling me to get caught up on some of the things that I've been wanting to do, but never have time for.

The morning started off with a trip to Denny's for a belated birthday breakfast with our daughter-in-law and granddaughter. (It was my daughter-in-law's birthday that I missed...not the other way around.) After that it was a quick trip to Wal-mart where I picked up a new door mat and some petunias.

The reason for a new door mat? Both of our door mats are old and yucky, but one of them...the back door mat... was so old and yucky that all the fibers that were originally there to catch the dirt were gone and all that was left was the black, rubber backing. I finally threw it away yesterday and, today, moved the front door mat to the back door and put the new, pretty mat at the front door. I also arranged the petunias that I bought into two baskets...one for the front and one for the back. Neither basket looks like much now, but, with time and a little TLC, and as the flowers grow and fill in I'm sure they'll get prettier. 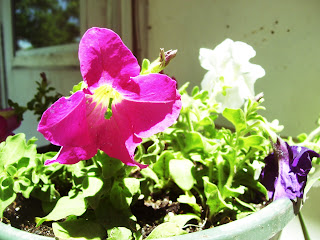 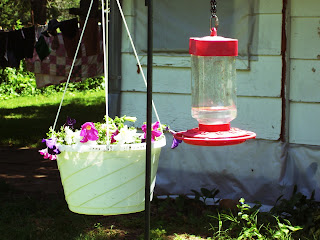 I moved this basket of impatients that my daughter and son-in-law got me for Mother's Day to the front porch as well. 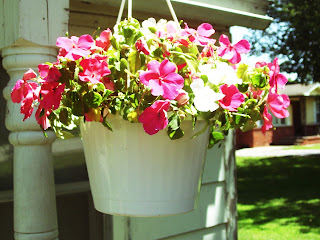 Here are some little herb-garden markers that I got last week on sale at the Hallmark store in Lamar. I had forgotten that I even bought them until today. 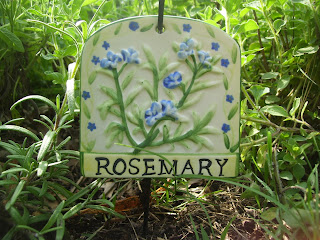 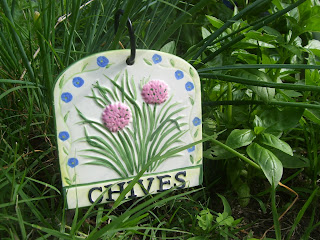 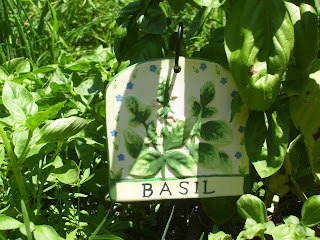 Speaking of herbs...I've got mint drying in the oven now and have a batch of mint and strawberry top Frozen Ice Pops  going in the freezer for the hens. Yes, you read that right...for the hens. I got the idea from Fresh Eggs Daily. We'll find out how they like them shortly! :)

And my son helped me out today by repainting this wind chime that was given to us by a neighbor as a going away present when we moved from Blue Springs to Liberal 16 years ago. Originally it was white, but, over time, it had rusted. All we had on hand was black spray paint, so that's what my son painted it. Either way, I still think it's cute! 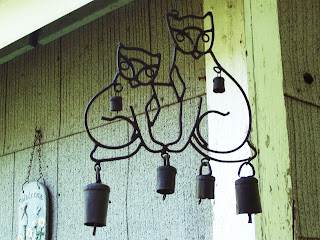 Well, that's my day thus far. How's your Tuesday going? Have a blessed rest of the week!

Email ThisBlogThis!Share to TwitterShare to FacebookShare to Pinterest
Labels: bits and pieces, flowers, home and garden