This is my grandmother, Maude Belle McCann Brown Graham... 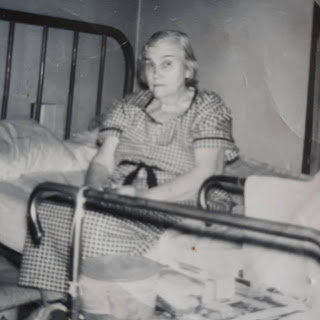 Grandma Maudie is my dad's mom. She was bedfast the last twenty-five years of her life and she lived with us for several years when I was a child. She had her own room and kept all of her favorite things close at hand where she could get to them whenever she wanted them.

As a child I used to sit on Grandma's bed and visit with her for hours. We would look at old photographs, make pictures from tiny shapes cut from construction paper that we would glue together on a background to make flowers, birds, and other pretty things, and we would sing together. (Grandma knew every song ever written up to that point in time!)

Sometimes Grandma would let me play with the big doll babies that sat at the end of her bed. At other times she would pull out one of the nearby shoe-boxes and go through the treasures that were hidden within. She would show me each thing and tell me the story behind it. I treasured those times together and still do! 💗

Among the things that Grandma loved most was the collection of postcards that she had received from friends and loved ones throughout the years of her youth and beyond. 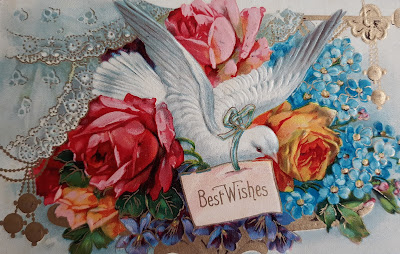 Some of them were in really good shape; others were tattered, torn, faded, and barely legible, but through them she was able to maintain memories and a connection to friends that she had lost contact with over the years, as well as, loved ones that had passed on before (her mother, her brothers and sisters, my grandfather). 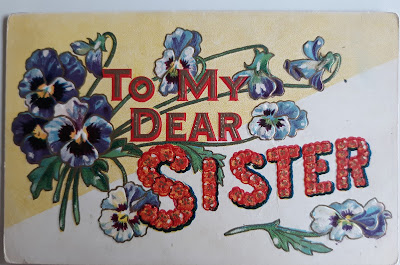 When Grandma Maudie passed away, my dad inherited her treasured collection of vintage postcards; when my father passed away three years ago, they came to me. I kept them filed away where they had been since Grandma's passing back in the early '70's...in my mother's trunk. The trunk that had been her grandmother's, purchased brand new for her 16th birthday by her father, way back in the late 1800's. What a treasure! 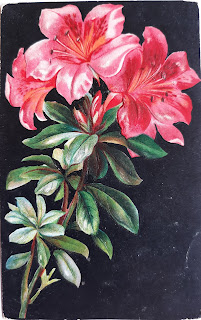 I enjoyed looking at Grandma's postcards as a child and I'm sure that's where I developed my own love of postcards, starting my own collection of them as a young girl, but I hadn't thought much about them recently, until, last month. In May I attended a class at Spring Interpretive Training on the traditions that surrounded a Victorian Christmas. Postcards were a big thing then and it was one of the topics that was brought up. That of course took my mind back to my grandmother's collection. 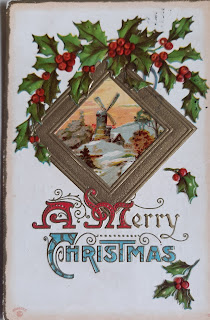 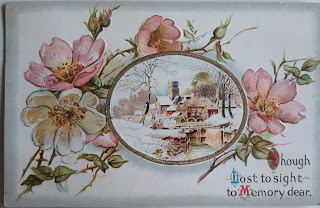 I thought it would be fun to share some of those cards with you here. It would be a really neat way to take a sneak peak into the past, as well as further preserve a little family history. 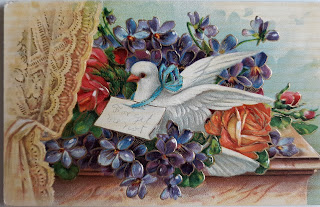 My plan is to share at least one of Grandma's postcards here each week and I would love for you to join me. 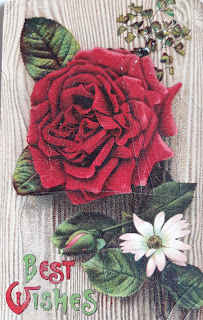 Is anyone else out there interested in vintage postcards? Does anyone here collect them...vintage or otherwise?

Prairie Fires by Caroline Fraser - A Book Review and More