Of all the evening meals that we've tried thus far, this is, by far, my favorite...broiled salmon (S), Cauliflower Mashed Potatoes (S) served with Creamless Creamy Veggies (S, E or Fuel Pull - sauce served as a gravy), and a dark green vegetable (usually broccoli, but, tonight, fresh asparagus), and we have this meal, at least, a couple of nights per week. It's absolutely delicious!

The way I make the salmon is, I start with frozen fillets...one per person. Before placing the frozen fish in the baking dish, I put about a half tablespoon of butter and a half tablespoon of coconut oil under the area where I intend to lay each fillet. Then, after placing each fillet over the butter and oil, I pour one teaspoon of lemon juice and one teaspoon of red wine vinegar over each one. I sprinkle with sea salt and black pepper, then, cover and bake in a 400 degree oven. I allow the salmon to bake until I have the other dishes near to completion, then I remove the foil, kick the oven up on broil, and broil, flipping once, until fish is done.

The original recipe for Cauliflower Mashed Potatoes (S) is found on page 361 of the Trim Healthy Mama, and as Serene and Pearl say, "If you do these the right way, you can barely tell the difference between this dish and real mashed potatoes. The secret is the food processor." And this is true!

The way I make mine is, I start by steaming a fresh head of cauliflower. After it's done, I place the florets in my food processor and add a couple of tablespoons of butter (or light butter), sea salt, and black pepper. Occasionally, I add a tablespoon of cream or half and half, but, usually, not. I process on high until creamy and viola! Mashed potatoes! (NOT!) :)

To make the gravy I either follow the instructions in the book to make Creamless Creamy Veggies (S, E or Fuel Pull - page 352 of the Trim Healthy Mama) and make extra sauce to be served as gravy, or I make the sauce by itself, and serve the vegetables on the side. Generally, if I'm making broccoli, I make it per the book instructions, cooking the veggies in the sauce, but if, like tonight, I'm making asparagus, I cook the sauce by itself, and cook the asparagus separately, so that it doesn't overcook. (I like it to be crisp, not squishy and stringy.) Whether I cook the vegetables in the sauce, or not, makes no difference. I always use it as a gravy for the mashed cauliflower. It is so yummy! :)

To make the sauce alone as a gravy, I start with 1/2 cup of fat free chicken broth. To that I add one wedge of Laughing Cow Swiss Cheese per person, sea salt, black pepper, onion powder, and garlic powder. I whisk all this together and cook until boiling. Then I shut the burner off and whisk in one heaping tablespoon of Parmesan cheese. This sauce is a great accompaniment to any non-starchy vegetable, and even the grandlittles happily eat their vegetables when cooked in it...broccoli, Brussels sprouts, cauliflower...it doesn't make any difference. They love them all!

And, by the way, I did end up spooning a couple of tablespoons of sauce over my asparagus this evening after the picture above was taken. I just couldn't help myself! :)

So, that's my favorite evening meal. What's yours?

All My Love,
~ Rebecca 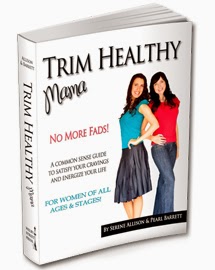