Tightening Up The Belt On Finances And Stepping Out In Faith 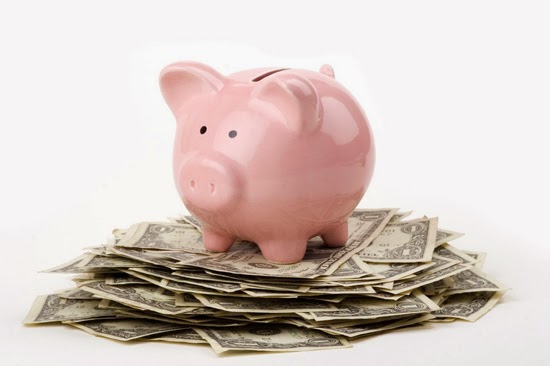 "Not that I speak in respect of want: for I have learned, in whatsoever state I am, therewith
to be content. I know both how to be abased, and I know how to abound: every where and in all things I am instructed both to be full and to be hungry, both to abound and to suffer need I can do all things through Christ which strengetheneth me." (Philippians 4:11-13)

While we've never had huge amounts of money to spend, there have been times when, financially, things were easier than they have been at other times. And we've definitely had our times of 'learning' to be content in whatsoever state we've found ourselves...whether they've been found on the side of being abased, or abounding. But, no matter what, with the Lord's help, we've always managed to stay afloat, our bills have always been paid on time, and our needs have always been met...sometimes in the most unusual and unexpected ways...and, for that, we give Him all the glory and praise!

For the past several months we've found ourselves in one of those down times again, and we've been having to make some hard choices. For example, a few months ago we paid off and eliminated another credit card (that one made, I believe, the tenth one to be paid off in full and completely done away with...PRAISE GOD!!!). But, due to a myriad of unexpected things that have come up the early months of this new year, the small emergency fund that we had built up dwindled down to practically nothing in just a few weeks, and we found ourselves putting things on credit again on the few remaining credit cards that we had left (and I'm not talking frivolous things...I'm talking gas, groceries, household items, etc.) and, in no time, we knew we were headed for trouble if we didn't put the brakes on. (And, believe me, we know better than this. We were both raised by parents who didn't believe in credit at all and wouldn't have a credit card in the house. We didn't have any credit cards either until just the past 16 years or so...and, believe me, it's been a nightmare!)

Anyway, we knew we were headed for trouble, so, at the beginning of May we made the decision to cut up our remaining credit cards and throw them away...including our gas card, which was paid off at the time, but kept in case of emergency...and, believe me, it seems that there is always an emergency (and I'm not just saying that...there really have been a lot of emergency situations come up, and, this past few months, with my dad's health and other family illnesses, it has resulted in multiple trips to hospital emergency rooms and doctors' offices...all of which are a minimum of, at least, 20 miles away...and I'm not saying all this to sound whiny...that is NOT my intent at all, and I pray that it's not coming across like that).

So...we cut up the cards at the beginning of the month and, while it hasn't been easy, we've almost made it through our first full month without them. Granted, we are down to the last few dollars left in our emergency fund, but God hasn't left us hanging. He has met our every need and each new morning brings an air of expectancy as we launch further out into the deep, building our faith with every step.

Some of the other things that we've done this month to tighten the ol' financial belt include...

- We've had to tighten up the belt on some things and put the brakes on, completely, concerning others. This includes saying "no" to many of the things (and people) that we, previously, were saying "yes" to before.

- We've really been thinking things out before we go and do. This has included making lists, car-pooling with others, splitting gas, splitting meals, shopping the dollar stores first, making do with what we've got on hand, and deciding to do without in a lot of areas.

- My husband has planted a good-sized vegetable garden this year and we are already eating some of the produce (spinach, radishes, and onions). Most of the other things planted are up, and the tomatoes and peppers have babies hanging on them.

- My daughter discovered a shoe sale at the Pittsburg, Kansas Walmart...some sort of inventory mistake or something...I'm not really sure, but they had TONS of shoes (men's, women's, and children's) for $3.00 a pair. I bought four pair of shoes...two for me (moccasins) and two for my husband (a pair of everyday shoes and a nice pair of dress shoes, which he has desperately needed for several years now). Before being marked down the shoes valued anywhere from $18.87 to $29.97 a pair. I bought over $85.00 worth of brand new shoes for just $12.00.

As, little by little, we gain our footing again, we are praying God's wisdom and direction in getting back on track with getting our emergency fund built back up and paying extra on those last three credit cards, snowballing them, and getting them paid off, making us debt free once and for all. If you have any wisdom, advice, or experiences to share, I'd love to hear from you. Feel free to post a comment here, or e-mail me at: proverbs31heart@yahoo.com.

One Thousand Gifts - #59 my blue "BELIEVE" bracelet from Teresa at Bible study, #62 the teaching of God's Word, #63 fellowship with other Jesus lovers
Posted by Rebecca Knox at 12:01 AM